The learning process is a determining factor in the psychological and social development of humans. The goal of education can be basically incorporated in the development of research and explanatory interest towards the unknown. The speed of social and scientific development till the 20th century was not so intense that the systems and arrangements of traditional learning could not handle it, but the twenty-first century started its journey with some transitional changes.

The first major change is the advent of a computer which has increased the boundaries of knowledge by developing a whole branch of knowledge on one side and the teachers’ load has increased with the minimum time needed to develop the capacity utilization of the latest systems. It would not be possible to say that computers are becoming compulsory with slide-shows, flash movies, etc., as a very effective way of speeding up learning and education.

The second major change is the arrival of sites that offer search and expression in the ocean of facts and messages. Google and Facebook are engaged in making the factual richness of human brain unnecessary and talking about the past. It seems like making student depend on the memory for objective facts, is misusing the memory power. The explosion of knowledge which has emerged as an instrument of the explosion of information, no learning system can remain with it and stay away from it over time.

Third major and future oriented change is the world’s unified social position with state-of-the-art technology and ideologies. History persists with perspective and in the “Global Village” the development of objective thinking with international sentiments has become necessary. It will not be said that the teachers’ community is no longer the window of knowledge, and other highly developed and empowered sources of knowledge have become available to students, and seeding of attitudes, logic development and human qualities in education is becoming more important,

Innovation is the concept stream focused on the same requirement of change that appears in many ways. The need for the development of human resources has ever given innovation the meaning of creation of creativity, and sometimes the use of creative instruments in teaching method. 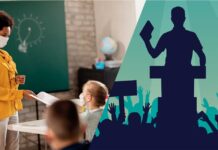 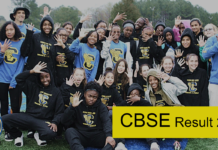 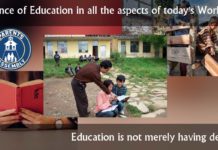 Importance of Education in all the aspects of today’s World 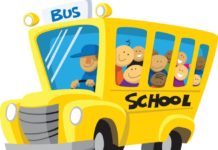